**NOTE: the abortion clinic of old was superseded by my Hospital Mod shortly afterwards and has been available on FB ever since, but you can now get it here. See this page for mod links: https://lostaccount.wordpress.com/inteen-script-mods/

This mod was originally created by me back in Early Dec 2009, and posted (one of my last posts before the mod theives struck) at modthesims2 (a site, as I mentioned in my main page, that I’ve lost all trust in for allowing my mods to be ripped off). I created this mod as a response to requests for a non-core script mod. I also created a tutorial (at the same time, back in Dec 2009) on how to do this sort of thing, at SexySims3, but that site has shut down. Anyway, here’s the old mod which still works for Sims 3 pre-ambitions (WA updated only). I’ve no plans to release an Ambitions update for reasons I explained in my main page.

For a copy of my original post from ModTheSims2: see evidence.zip link on main page. 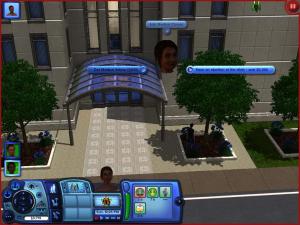 Adds the option for Abortion to any and all Hospitals in the town. The option becomes available when your sim is pregnant (obviously) and is available to teens (if you’re using my teen woohoo mods) as well as adults. Your sims will go to the hospital as they would when normally sent there and the abortion will take place inside the hospital (as with giving birth). There is no lasting effect to the abortion. The cost $2,000 is hardcoded into the mod, but it’s easily something I could make tunable in a later version.

This is a non-core mod, so it won’t affect anything else in your game. It can be used with core mods.

To use just place the mod in your mod folder. 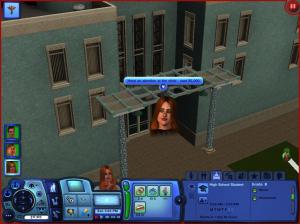 Teen going into the Twinbrook hospital for abortion in Ambitions. 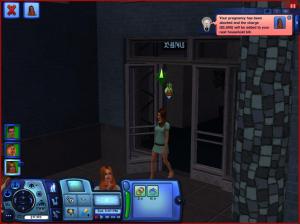